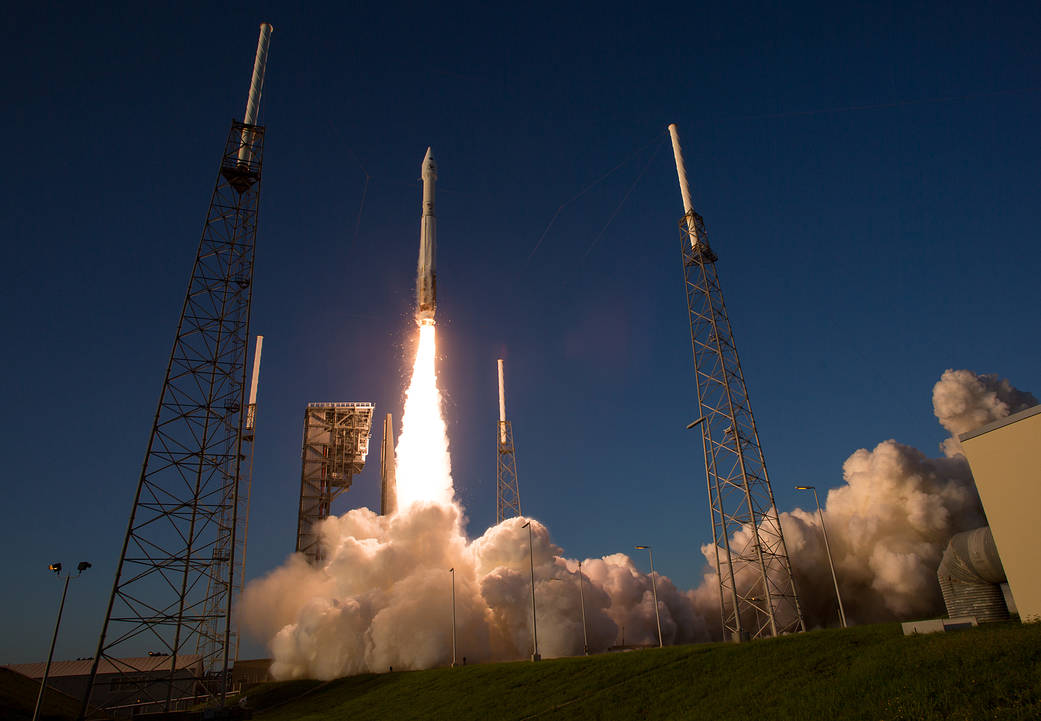 NASA’s first asteroid sampling mission launched into space at 7:05 p.m. EDT Thursday from Cape Canaveral Air Force Station in Florida, beginning a journey that could revolutionize our understanding of the early solar system. 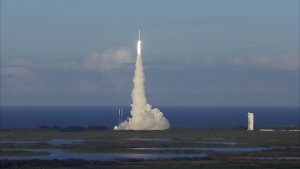 “Today, we celebrate a huge milestone for this remarkable mission, and for this mission team,” said NASA Administrator Charles Bolden. “We’re very excited about what this mission can tell us about the origin of our solar system, and we celebrate the bigger picture of science that is helping us make discoveries and accomplish milestones that might have been science fiction yesterday, but are science facts today.”

The Origins, Spectral Interpretation, Resource Identification, Security-Regolith Explorer (OSIRIS-REx) spacecraft is designed to rendezvous with, study, and return a sample of the asteroid Bennu to Earth. Asteroids like Bennu are remnants from the formation of our solar system more than 4.5 billion years ago. Scientists suspect that asteroids may have been a source of the water and organic molecules for the early Earth and other planetary bodies. An uncontaminated asteroid sample from a known source would enable precise analyses, providing results far beyond what can be achieved by spacecraft-based instruments or by studying meteorites.
OSIRIS-REx separated from its United Launch Alliance Atlas V rocket at 8:04 p.m. The solar arrays deployed and are now powering the spacecraft.

“With today’s successful launch, the OSIRIS-REx spacecraft embarks on a journey of exploration to Bennu,” said Dante Lauretta, OSIRIS-REx principal investigator at the University of Arizona, Tucson. “I couldn’t be more proud of the team that made this mission a reality, and I can’t wait to see what we will discover at Bennu.” 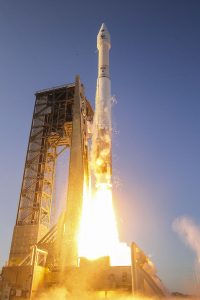 In 2018, OSIRIS-REx will approach Bennu – which is the size of a small mountain – and begin an intricate dance with the asteroid, mapping and studying Bennu in preparation for sample collection. In July 2020, the spacecraft will perform a daring maneuver in which its 11-foot arm will reach out and perform a five-second “high-five” to stir up surface material, collecting at least 2 ounces (60 grams) of small rocks and dust in a sample return container. OSIRIS-REx will return the sample to Earth in September 2023, when it will then be transported to NASA’s Johnson Space Center in Houston for examination.

The OSIRIS-REx mission will be the first U.S. mission to carry samples from an asteroid back to Earth and the largest sample returned from space since the Apollo era.

“It’s satisfying to see the culmination of years of effort from this outstanding team,” said Mike Donnelly, OSIRIS-REx project manager at NASA’s Goddard Space Flight Center in Greenbelt, Maryland. “We were able to deliver OSIRIS-REx on time and under budget to the launch site, and will soon do something that no other NASA spacecraft has done – bring back a sample from an asteroid.”

Goddard provides overall mission management, systems engineering and the safety and mission assurance for OSIRIS-REx. Dante Lauretta of the University of Arizona, Tucson, is the principal investigator. The University of Arizona leads the science team and observation planning and processing. Lockheed Martin Space Systems in Denver built the spacecraft. OSIRIS-REx is the third mission in NASA’s New Frontiers Program. NASA’s Marshall Space Flight Center in Huntsville, Alabama, manages the agency’s New Frontiers Program for its Science Mission Directorate in Washington. Launch and countdown management is the responsibility of NASA’s Kennedy Space Center in Florida. 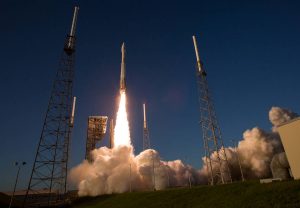 The United Launch Alliance Atlas V rocket carrying NASA’s Origins, Spectral Interpretation, Resource Identification, Security-Regolith Explorer (OSIRIS-REx) spacecraft lifts off from Space Launch Complex 41 on Thursday, Sept. 8, 2016 at Cape Canaveral Air Force Station in Florida. OSIRIS-REx will be the first U.S. mission to sample an asteroid, retrieve at least two ounces of surface material and return it to Earth for study. The asteroid, Bennu, may hold clues to the origin of the solar system and the source of water and organic molecules found on Earth.
Photo Credit: (NASA/Joel Kowsky)

In remembrance of Michael J. Drake

Copyright 2017 © Arizona Board of Regents

Large Binocular Telescope Observatory places itself as the forerunner of the next generation of extremely large telescopes.
Recent Posts
Archives
Copyright © 2023 Arizona Astronomy Consortium - All Rights Reserved
This site shines because of shinecreativeindustries.com
Back To Top
×